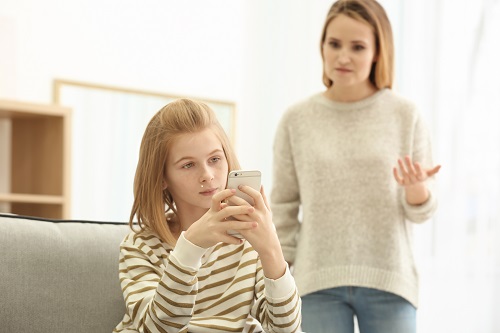 Do you want to know how to get your kids to listen to you? To do things the first time they are asked and to consider others? These top tips will help

The Power of Describe

It sounds a little strange doesn’t it – describing things to help you tackle challenges with your children! I know, I think it sounds odd too. What I also know is that it works. This is how:

If you want your children to start listening to you it is really important that you pay attention to, and describe, the positive things they are doing. So, you can say, ‘I noticed that you took your shoes off in the hall when you came home from school and put them away in the cupboard”. If we describe to our children what they have done, they will repeat that behaviour because they understand what they are doing that is being praised. Doesn’t this sound great – your children repeating good behaviour. You’ll be so proud of them in all situations once you start using descriptive praise.

I also find it interesting that we are better at describing when something is going wrong. For example, we are quick to say to our kids ‘Don’t chew with your mouth open’. We are still describing what they are doing but for a negative reason. I wonder why we find it easier to be specific and descriptive when our children are doing something we don’t want them to do? I think it’s because we think if we tell them exactly what we don’t want, they won’t do it again!

Sadly, children’s brains don’t work like this. When they hear ‘don’t’ do something, they immediately want to do it. This is partly because our brains can’t think in negative images. So, for example, if I said to you, ‘Don’t think of pink elephants’ what are you thinking about right now? If it’s not pink elephants I’d be surprised!

Apart from paying positive attention to our children to help them listen to us and repeat the good behaviour we want from them, the power of describe can also be used to emotionally connect with our children. When my daughter, who is 2 and a half, is in the throes of a massive temper tantrum, if I describe to her what I think she is frustrated about and then grant her her wish in fantasy, she often calms down very quickly. For example, she doesn’t like putting her clothes on in the morning so if I say to her, I think you feel really cross right now that you have to get dressed and you really don’t like the blue top do you. And you feel sad that we have to get dressed so quickly because at weekends we get to have pyjama mornings. She often calms down. If I then add and I bet you wish you could have pyjama mornings every morning she goes along with this and starts to make up wishes herself. This is called emotion coaching and what it means we are doing is describing our children’s emotions. This is so powerful because it means our children see us understanding their feelings and connecting with them. It also puts them in touch with their own feelings and this sets them up in life to be someone who recognises feelings in themselves and is sensitive to the feelings of others. They will make a great friend now and partner to someone in the future.

With teenagers in particular the power of describe is very useful. It is very easy with teenagers, and in fact all children, to give orders and tell them what to do. For example, if a teenager goes to take the packet of chocolate biscuits from the kitchen up to his bedroom we would often say ‘Put that back’. This can create resentment and resistance from a teen. If instead, we describe the problem and say ‘John, everybody is hungry after their day at school and work and would like a biscuit to snack on’, we invite our teenager to become part of the solution. They often don’t see the bigger picture at this age and by pointing it out to them we are encouraging them to become problem solvers. This is a great skill to have in life. If a teenager is having a strop, the same applies as with toddler tantrums above, describe what they are feeling – the only difference is that you use a more matter of fact voice than you would with a two year old.

So, the Power of Describe is hugely beneficial. I encourage you to try it in your family and if you would like more help and support to understand the value of descriptive praise, emotion coaching or describing problems and feelings to help teenagers, please do sign up for one of my positive parenting courses. There is a book class now link at the end of this newsletter.