Sibling Fighting and how you can help 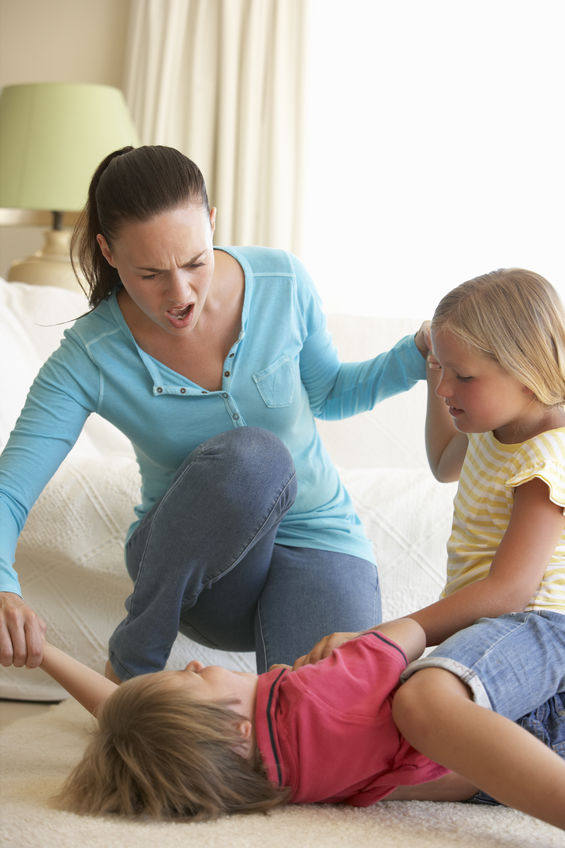 Sibling fighting is one of the most common and hardest problems parents face. It can feel incessant when children argue and fight over every tiny thing and are so horrible to each other. You feel like you can’t leave them on their own and yet, when your children are separate, they are the lovely kids that you hoped you would have. Sibling fighting can drive parents to the end of their tether.

I was with my Mum the other day and had taken my 2-year-old along to see her cousins. My Mum, is an experienced Mum of 4 kids and she now looks after her grandchildren. Despite the most enthusiastic welcome in the world from her cousins, it wasn’t long before all the children (aged 4, 2 and 1) all wanted the same toy. The 1 year old particularly was yelling ‘Mine, mine’ and my Mum looked at me and said I remember this from you lot, I never knew how to cope when you all wanted the same toy. Now this was very low level fighting and between cousins and not siblings but it showed me that it is an area where parents despair and need some help in what to do.

Parents often hope that if they stay out of their children’s fights things will get better on their own, and have sometimes heard it said that children have to learn to cope in the real world and that a bit of conflict with their own brother or sister will do them good. It can be true, that when they are left to their own devices the number of disputes stop, but that is usually because the less powerful child has given in to the way of the stronger sibling. In this way, although we get peace and quiet in the house, we have been an accomplice to bullying in our own home. But more often, if there is an adult in earshot who doesn’t intervene, often the rivalry and aggression gets worse because children believe that the adult thinks it is OK for it to happen. We all know this really but then don’t know what to do when it comes to intervening. Especially if that can mean more fighting and tale telling.

The other side of the pendulum from ignoring the fighting is to explode (completely understandably!) To be the judge and jury in the situation and decide which child is in the right and which is in the wrong. Or that they are both in the wrong! And then punish them accordingly. Maybe using the naughty step, or re-branded thinking step. In these situations, kids tend to feel more competitive towards their sibling. They will often be sitting on the step or in their room plotting their revenge! This is not particularly helpful in terms of easing sibling fighting.

There is a simple way to help children resolve problems between siblings though:

1) Stop the fight without judgement, describe what you think the problem is

So, be prepared for a torrent of words in step 2. Then try to rephrase them to get to the root of the issue while showing you understand their hurt and upset feelings. The hardest part is step 3, getting them to problem solve. If they are very young you might have to lead them with ideas, but as they get older, express confidence in their ability to sort this problem out. Get them to decide together which solution works for both of them.

Yes, this does take time, but if you help them learn that you care about each child and that they can work things out for themselves, then eventually, I promise, you will hear them problem solving themselves without involving you. I was delighted when, for the first time, this happened to me the other day. My two were fighting over what to watch on the Television! They are 7 and 2, so often want to watch very different things. My 2-year-old was shouting at her big brother and demanding to watch Sarah and Duck. He really wanted to watch something else. So, I heard him say, OK, we want to watch both our shows, why don’t we watch one first and then the other one. She said OK we can watch yours first. And they did!! Now don’t get me wrong, that’s not how it has always worked out, but after following the simple process above and modelling to them how to talk to each other respectfully and come up with solutions they are starting to do it themselves.

Previous conversations in our household would have gone along the lines of:

Me: E, I can see you’re upset, can you tell A what you want rather than shouting at him?

E: I want to watch Twirlywoos and A won’t let me

A: But she always gets to watch her cartoons when I’m at school, it’s not fair

A: I want to watch mine first in case we run out of time.

Me: You feel worried in case we have to leave for school soon. Can you both think of who could watch which cartoon when?

A: E – is it OK if I watch mine before we go to school and you watch yours when you get back from dropping me off?

We now call ourselves a ‘problem solving family’ – after all, what a great skill to have under your belt for life, so why not reinforce the idea to them that they can solve their problems themselves.

While this is a way to helpfully resolve conflict and fighting when it is happening, there are also many ways to prevent it happening in the first place. Watch out for another blog on that in the future, and do sign up for my positive parenting course if you would like to learn more techniques to help bring out the best in your children.

If you found these ideas useful please share them with friends and family and for more parenting insights sign up to my newsletter by going to my website at: https://www.assuredparenting.co.uk